A film by Vương Đức 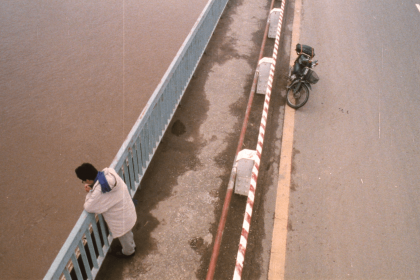 Who watches Hanoi from above? Who wanders on the street? Sword Lake, Hỏa Lò Prison and Ô Quan Chưởng. The camera stops at a small street, perhaps the Hàng Đồng. The alley is dark, going past somebody’s room from where one could hear the sounds from a video game, leading up to an attic. These movements unfold into the meeting with which begins Của Rơi, directed by Vương Đức and adapted from a short story of the same title by Nguyễn Việt Hà. A Hanoian landscape from 20 years ago.

The film follows university lecturer Thắng as he drifts aimlessly across the city during the sombre winter days just before the Lunar New Year. Rhythms ebbs and flows, broken up by various unexpected ‘falls’. So as to protect himself from the expectations of society and of those who are more atuned to reality, Thắng spends his hours pursuing his personal research of a ‘freaky mathematical theory’, seeking the guidance of the I Ching and his grandfather in an Old Quarter house, or drinking in a street-side joint by the side of Văn Miếu. Thắng’s map of Hanoi is one of geometric cartography, from one point to the next. His world quietly goes on, until the day of his chance encounter with Huyền. From here, an unusual search begins, amidst an intertwined network of individual relationships.

In relation to the short story it’s based on, the added notion of love in the film is one of a doomed undertaking. Thắng is seemingly in agreement with everything, willing to let things take their own courses, but love he deliberately rejects. In life, a ‘missing object’ is a debt, and this applies not only to Thắng but to all characters. To whom will this debt be paid? 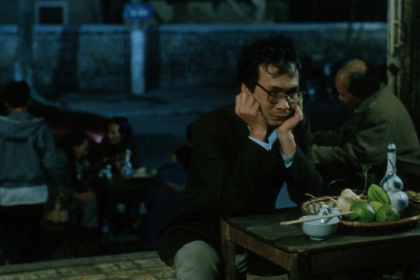 Featuring the acting of: Đức Khuê, Huệ Minh, Lê Vũ Long, amongst others (listed in accordance with the film’s credits) 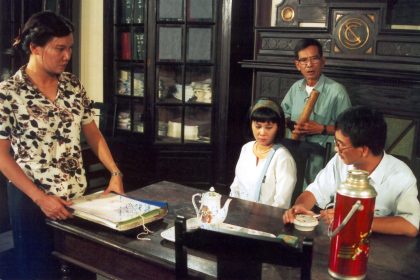 Director Vương Đức was born in 1957 in Hanoi. He studied at the The Gerasimov Institute of Cinematography (VGIK) in Moscow, before starting work at the Vietnam Feature Film Studio. He considers himself as amongst the third generation of directors of Vietnamese cinema. Some of the works he’s directed include Cỏ Lau (Reeds) (1993), Những Người Thợ Xẻ (The Saw Workers) (1998), Của Rơi (The Missing Object) (2002), Rừng Đen (Black Forest) (2007), amongst others. In 2012 Vương Đức received the Literature & Arts awards for the three films Reeds, The Saw Workers and The Missing Object. 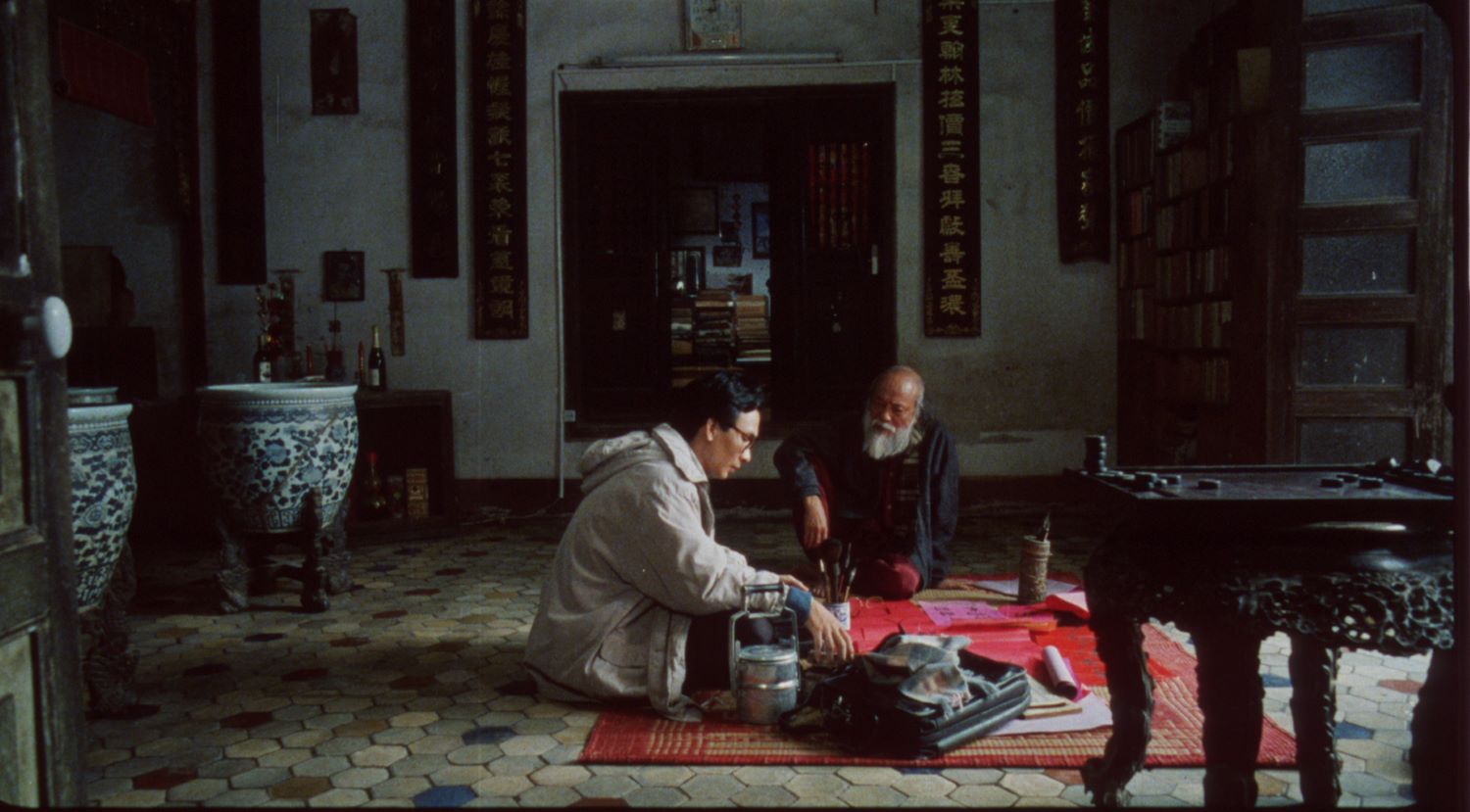